Every time the fantasy football season ends, I get a pang of sadness. With no team to manage, life seems a bit emptier, dull, and less meaningful. So how does one fill this void?

With a playoff fantasy football league, of course!

Playoff leagues start when the NFL playoff start, giving you a second chance to achieve fantasy glory before the long offsseason.Today I analyze the best fantasy football playoff leagues, how much you can win, how they work, and what they cost.

These leagues are sure to stave off your fantasy hunger until fantasy baseball starts.

This table compares the best fantasy football playoff leagues for 2021.

The rules governing fantasy football playoff leagues are far less standardized than the ones governing regular-season leagues. There is a broader variety of draft styles, formats, and other unique wrinkles that make postseason leagues exciting and fresh. 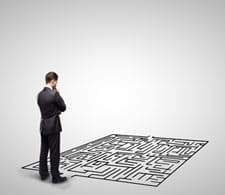 In some playoff leagues, the draft is similar to the regular season. They may support snake-style drafts or strictly auction drafts, where every team ends up with a unique set of players.

There are plenty of other player selection styles, and a few playoff leagues don’t even use a draft. Some allow every owner to pick any players they want, similar to a daily fantasy league.

You should also consider adjusting your typical draft strategy for playoff leagues. For instance, you may not want the top player overall, but rather the best player on the team that you think will go the deepest in the playoffs (more on that later).

Find the postseason league that fits your goals

Some playoff leagues use small, eight to twelve-team leagues. Others create massive, winner-take-all pools that pit thousands of players against each other in a fight for ultimate dominance (and sometimes, big cash payouts).

The bigger the league or pool, the harder it will be to finish with cash in hand. But a large league size is also an indicator of a substantial prize at the top.

If pride is your goal, then a free playoff league will likely fit the bill. But for those looking for a pot of gold, you’ll have to pony-up some green in a paid league.

This risk vs. reward trade-off is something you need to consider when signing up for a fantasy football playoff league. But there are postseason leagues for every type of user. 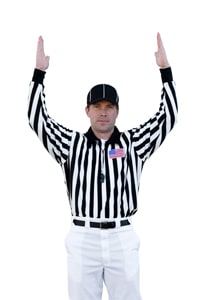 Many playoff fantasy football leagues use the standard scoring system where a TD earns you 6 points, rushing and receiving yards are worth 0.1 points, etc. But don’t assume that every league follows these guidelines.

Many postseason leagues incorporate custom scoring formats that are unique to the NFL playoffs. It’s these types of fantasy football rules that you can use to your advantage when planning for your draft.

For instance, some playoff leagues give team bonuses based on how many weeks you’ve had a player on your roster. Rule structures like this heavily favor players that can go deep in the NFL playoffs over those that may flame out early.

Always evaluate your league’s scoring system before building your team. Even better, formulate a draft strategy that leverages your unique scoring to gain a significant advantage over your competition.

You have to spend cash to earn cash (sometimes) 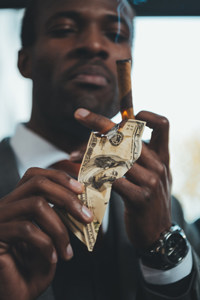 League entry fees and payouts for fantasy football playoff leagues are all over the map. Some sites sponsor free tournaments that are open to anyone, while others charge hundreds of dollars for a single, coveted entry.

Bear in mind that payouts have a direct relationship to entry free. Free leagues typically have either minor prizes (if any), or they offer one significant prize but many thousands of entrants.

On the other end of the spectrum, leagues with significant fees can have some handsome payouts. In addition to substantial grand prizes, paid fantasy leagues also award a larger number of entrants.

The Best Leagues during the Fantasy Football Playoffs

Playoff Fantasy Football at the FFPC 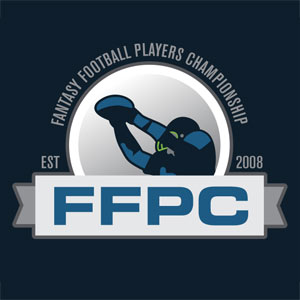 The Fantasy Football Players Championship (FFPC) Playoff Challenge is the biggest postseason fantasy contest online. 6,500 teams are expected to play, even at the relatively high cost of $200 per entry.

The pricey league fee, coupled with the vast field, means that the payouts for the FFPC are also quite substantial. The grand prize fantasy football winner walks away with $200,000, and prizes are paid out down to 700th place.

There’s no draft at the FFPC. Just fill out a ten player roster size (QB, 2 RB, 2 WR, TE, 2 Flex, K, D) however you like. You’re only allowed one player from each team, so choose wisely.

In the past, the NFL.com Playoff Challenge awarded the winner with a trip to the Super Bowl. The NFL hasn’t declared a prize for this year’s challenge, but check back regularly as this could change as the contest nears.

At NFL.com, you pick your best eight-player team (QB, 2 RB, 2WR, TE, K, D). They award bonus multipliers for each week that a player remains on your roster.

Customize your experience at Fantasy PostSeason

As their name implies, Fantasy PostSeason is a league host dedicated exclusively to playoff leagues. Playoff specialization allows them to offer one of the most extensive selections of league types and playoff styles. Formats include Player Pool, Start Once, Salary Cap, and Box Pool.

If the idea of playing against a massive field is too daunting, you can join or create leagues with a smaller team count. You can even create private leagues for just you and your friends.

They usually host one prize league per year. In 2018, this included an Apple TV to the grand prize winner.

The price is always right with Second Season

The Second Season is free to play, but there are also no prizes available through the site. You can create free, private leagues with your friends, though.

This platform is quite useful if you want a free league host but also want to play for a prize. Just use their service, collect the entry fees, and handle the payouts yourself.

After the excitement of the regular fantasy football season has faded, hard-core owners look to playoff leagues to fill the void. Postseason leagues have a few advantages: